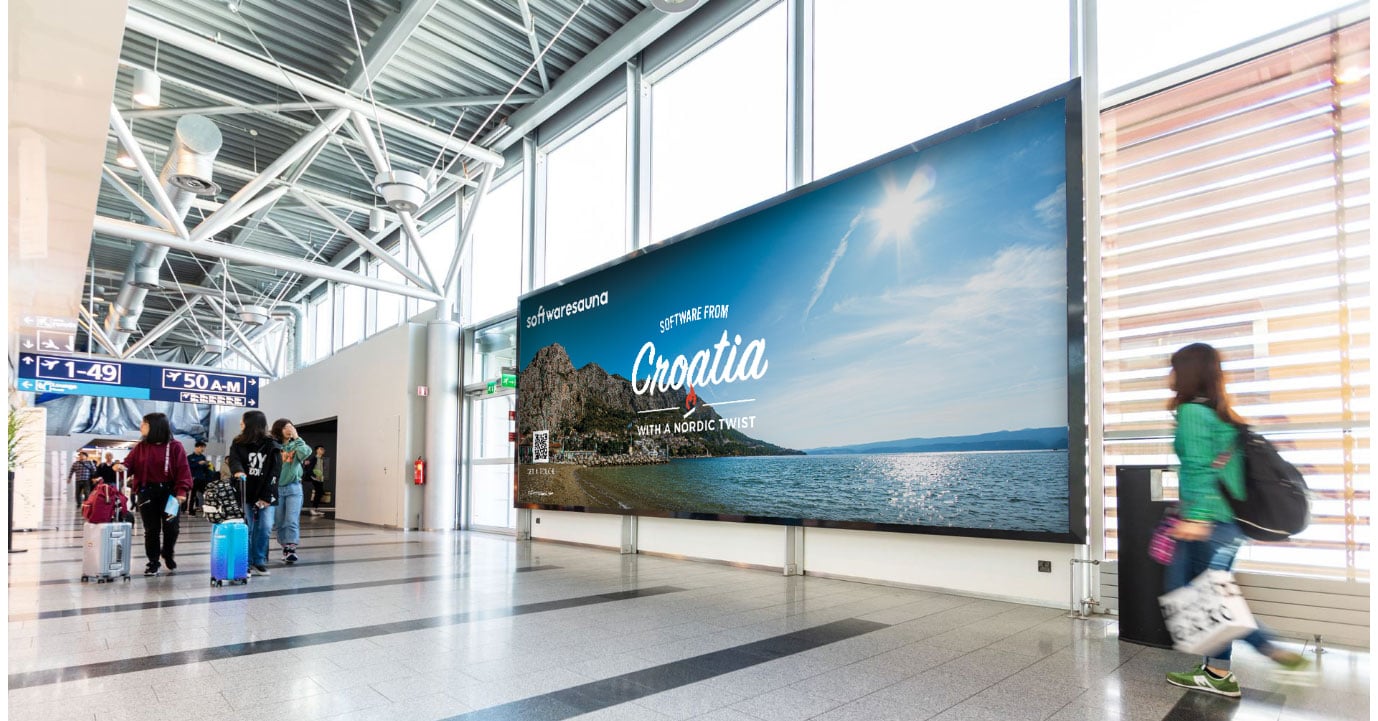 EFFECTIVE REACH FOR SOFTWARE SAUNA CAMPAIGN AT THE HELSINKI AIRPORT

Kampanjan tavoite: Raise interest in the company and reach passengers

Kohderyhmä: Especially passengers to and from the non-Schengen area, Finns heading to Croatia and business travellers to the US, UK and Asia

Software Sauna is programming company located in Croatia that creates digital experiences. The company produces remote code and software solutions from the coast of the Adriatic Sea. Working in Croatia under a Finnish name is sure to pique people’s interest and provoke thoughts. That is why Software Sauna wanted to adopt a “playful” approach to showcasing their operations. One of the main objectives of the advertisement campaign is to raise interest in the company and, in that, they were very successful.

ACTIVATING THE AIRPORT PASSENGERS WITH A QR CODE

Objectives of the Software Sauna campaign included raising interest in and awareness about the company. The campaign aimed to activate the target group using out-of-home advertising. The extensive media environment of Helsinki Airport was a good fit, and the defined objectives were reached in an excellent fashion. The out-of-home advertising campaign achieved great results by activating the target audience and verifiably raising interest. The airport’s media surfaces will certainly not go unnoticed in the environment full of passengers.

The advertisement campaign used a QR code to activate the target audience and increase the impact of the message. The QR code was used many times during the campaign, which was a good indicator of advertising efficiency.

The QR code was used a total of 5,600 times during the campaign.

People at the airport would literally stop at the advertisement and use the QR code to receive more information about the company.

The airport is a good environment to activate passengers. People not only pass through the airport, but also spend time there before their flight departs. That allows fully capitalising on repetition, one of the key benefits of out-of-home advertising.

GETTING THE ATTENTION OF THE TARGET GROUPS

Software Sauna chose the airport for its out-of-home advertising campaign in order to reach their desired target group. The airport is a great solution for building brand awareness because it offers a unique environment where you are sure to stand out.

The company especially wanted to reach passengers traveling to and from the non-Schengen area, Finns heading to Croatia and business travellers. The airport is a suitable environment for reaching various target groups. It is also an extensive B2B media environment, making it an obvious choice for any advertiser seeking to reach companies and decision-makers.

“The prime spot of the airport and the advertisement we used are sure to have reached many people, both among our target group and outside it, raising interest,” says Software Sauna CEO Ilkka-Cristian Niemi.

70% of people consider the airport a good advertisement environment.¹ The airport’s media environment was, in fact, very good for reaching business travellers, who were Software Sauna’s main target group.

In addition, most people are in high spirits when at the airport, meaning they receive the advertisement in a good and receptive mood. This also has an impact on getting the message of the advertisement across and reaching the attention of the target group.

THE BENEFITS OF OUT-OF-HOME ADVERTISING

“In the right place it (out-of-home advertising) will reach people, and an appropriate message will surely speak to them and get them to stop,”, says Ilkka-Cristian Niemi.

Ida Selander, Head of Sales, Airport Team, New Business Team also emphasises the impact and efficiency of advertising at the airport – Helsinki Airport is an exceptional environment due to its high traffic and the variety of passengers.
"Helsinki Airport is one of the best places to advertise for anyone who wants to target decision-makers. At the airport, you will reach an audience with plenty of purchasing power, ranging from international target groups to B2B decision makers," says Ida Selander.

Software Sauna trusts that it will continue to work together with Clear Channel. The successful campaign, including the QR code, was the fruit of well-working cooperation. The high reach of advertising at the airport makes such collaboration always rewarding for both parties.

"Working with CC has been straightforward and smooth since the first contact. We will certainly continue working together in the future and I can recommend CC, e.g. for those interested in outdoor advertising", continues Ilkka-Cristian Niemi. 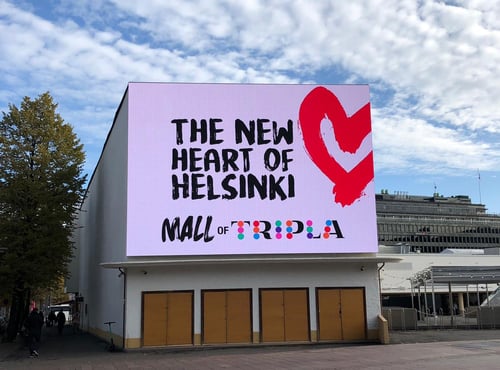 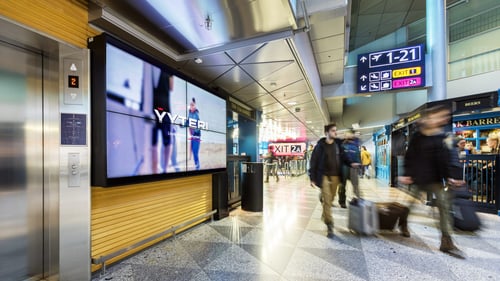 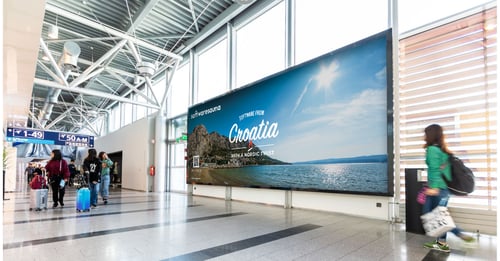 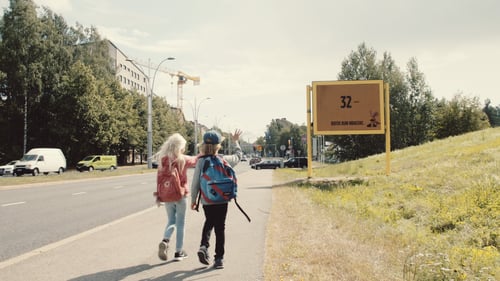 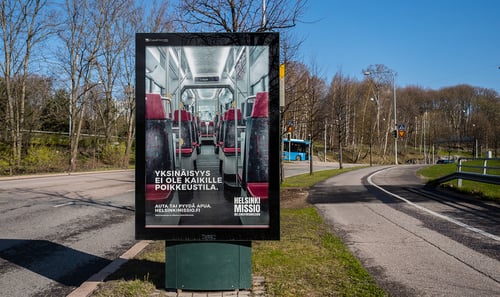 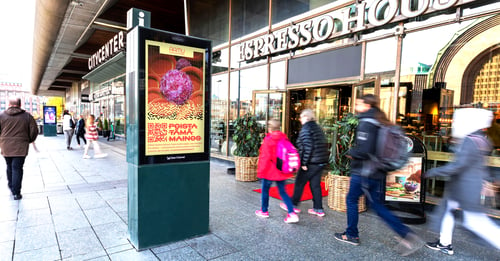 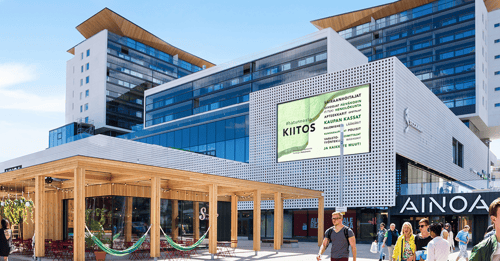 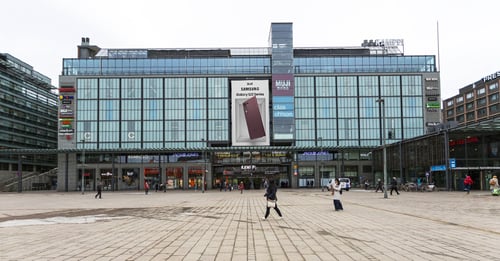