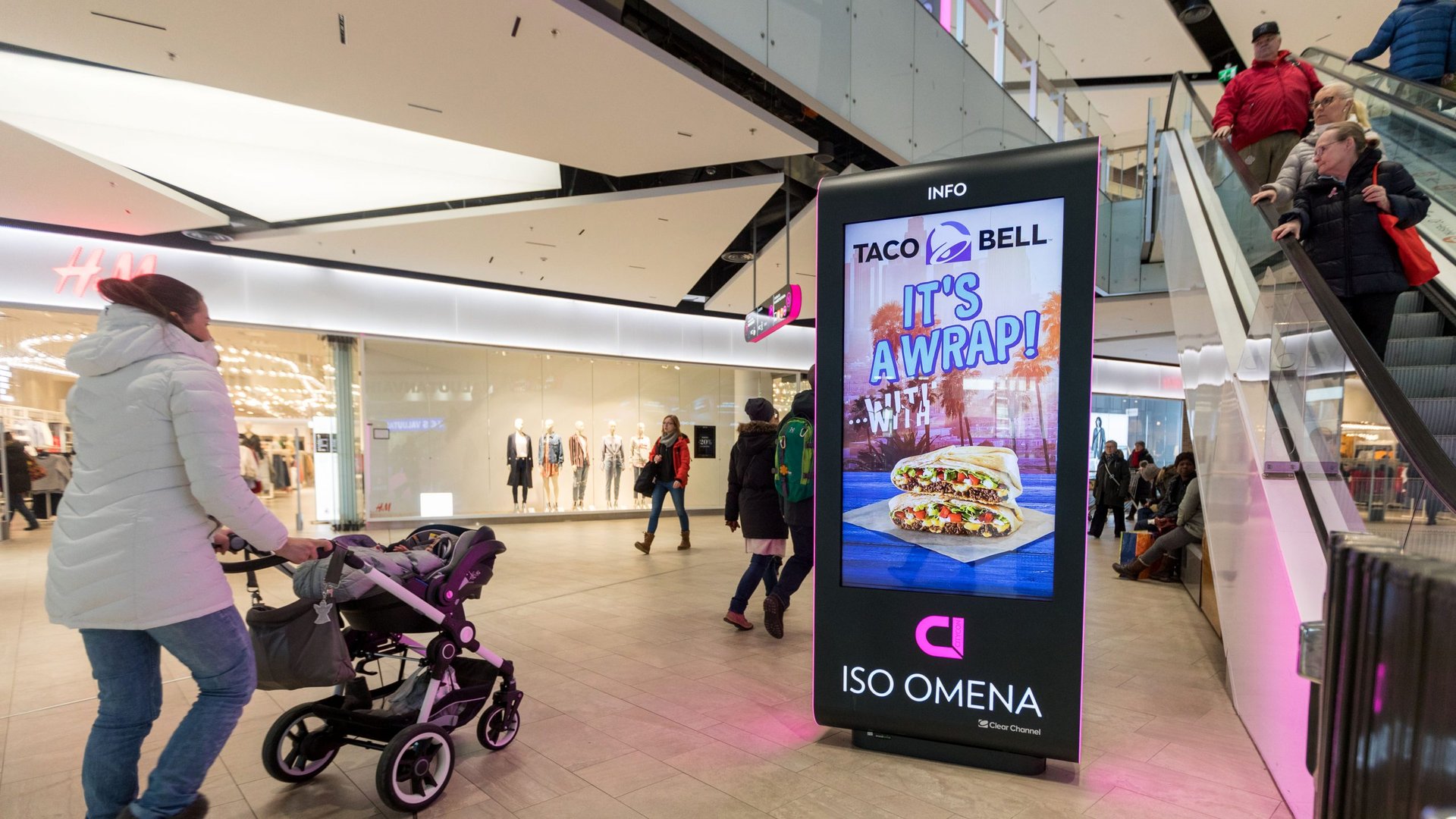 Grocery stores and supermarkets are an ideal environment for advertisers to regularly reach consumers. In-store advertising also offers an impactful way to speak to consumers right at the point of the purchase decision.

Along with the expansion of our digital store media network, we felt it was important to gain an insight into what kind of purchase environments supermarkets and grocery stores are and what consumers’ mindsets are when visiting them. For this purpose, Clear Channel UK implemented a two-stage study, with the first stage involving respondents being asked about their supermarket visits in general (online questionnaire), and the second stage involved respondents filling in a mobile diary questionnaire while in the store. GPS technology was used to recruit respondents who were regular customers of specific stores.

According to the study, 80% of consumers visit a supermarket once a week for a main shop. In addition, 70% say they stop by the store twice a week for a top-up shop. 60% of respondents go shopping with a family member, and new products and offers are often discussed during these visits.

Only one in ten respondents said they go shopping with a detailed shopping list – and stick to it. It appears that supermarkets are visited with an open mind, and money is happily spent on impulse purchases: 61% of respondents say they use more money than they intended on food and 69% say they buy more items than planned.

ADVERTISING IN THE PURCHASING ENVIRONMENT WORKS

Advertising is an effective way to influence consumers’ purchase decisions, and the majority of respondents feel positive about advertisements in or near supermarkets. Up to 60% of consumers say they would be more likely to choose a brand product they have seen in advertisements and 39% say they have already done so.

Consumers would particularly like to see advertising on food (57%) and drinks (39%) on advertising screens around grocery stores – after all, these are the product groups most often bought at the stores. Other product group advertising is naturally also of interest, including health products, fashion, electronics and cosmetics.

In-store media is also seen as a good source of information. 72% of consumers would like to see advertising on new products and offers in stores; these are also the topics consumers most often talk about in supermarkets. Digital benefits also interest respondents, 56% of whom would like to see interactive content on digital screens and 50% would like to see content relevant to the season. 43% of the respondent would also be interested in social media updates to products or offers.

Discussion about purchases and offers even continues after the store visit, and more than half of the respondents say they have recommended new products to their family and friends.